Starting this blog was an inspiration for me to monitor my TV in-take, and make it apparent to myself if I was wasting loads of time watching TV. I grew up without a TV and only in the last few years, for the first time in my life, have I owned and had one in my house.

Turning off your TV is a hard thing to do and takes much more thought and mind strength than turning it on or changing the channel.  I agreed to have a TV as long as I connected it to my computer and DVD player and only watched things I really want to see. I never watch live TV only “watch again” services such as BBC iPlayer or DVDs. I think this is now becoming the normal way for many people, do you also have the same attitude? It would be great to know other people’s TV watching habits and share your experiences with me.

The inspirational award for helping me to turn off my TV goes to Black Flag for their song TV Party from their 1981 debut studio album Damaged. It was also released as an EP, TV Party which has a rather fetching front cover. I love the mindless stares and TV image design. Music is a passion of mine that is a favorite alternative to watching TV. 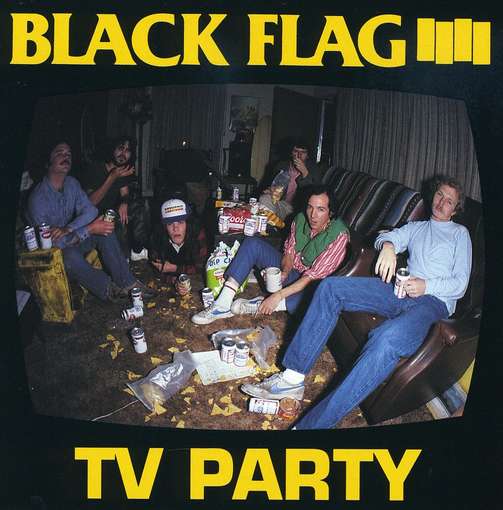 “Why Don’t You Just Switch Off Your Television Set And Go Out And Do Something Less Boring Instead?” was a cult TV show that I have never seen, what a strange but great idea. It gave kids and parents ideas what to do instead of watching TV but if it worked then it would have no one watching it!

It is a strange concept that we spend all our time trying to save time. Mundane tasks such as washing-up, cleaning and being organised our part of life, I think essential parts that keep us sane. Repetitive tasks with an end are proven to help relax the mind and increase our levels of serotonin in our brain, the happy chemical. Often we try to save time on these tasks to only watch crap on TV.

Achieving is a key to happiness, fulfillment and well-being, when we watch TV we don’t achieve, we watch others succeed or fail. This I think shows how TV makes us feel and these reactions make me feel uncomfortable with this absorbing past-time. These are strange philosophies to live like everyday and as humans develop and evolve this may have strange consequence.

TV is an amazing discovery that has educated, entertained and brought people together. On another note it may be a downfall that rots our minds and stupefies, controls the masses. Watch the film “Manufacturing Consent: Noam Chomsky and the Media” it really gives an educated insight into the power of the media and the role TV takes. 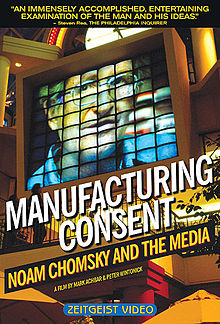 Through this blog I’ve been sharing the non-TV activities I get up to, aiming to inspire people to think twice when they have free time to not turn on the TV and do something more interesting instead. I am so happy to report back that an overwhelming amount of people have said to me that they have not turned on the TV due to reading my blog, done something I have blogged about or at least had my words going around in their head to think twice. You guys are my inspiration and I will keep writing all this stuff down till the cows come home, if it inspires only one more person. Thanks for reading and I hope you keep watching the real world and turn off your TV.

2 thoughts on “Why I want to turn off the TV”